Wait. The Chicago Sun-Times No Longer Has a Photo Staff? 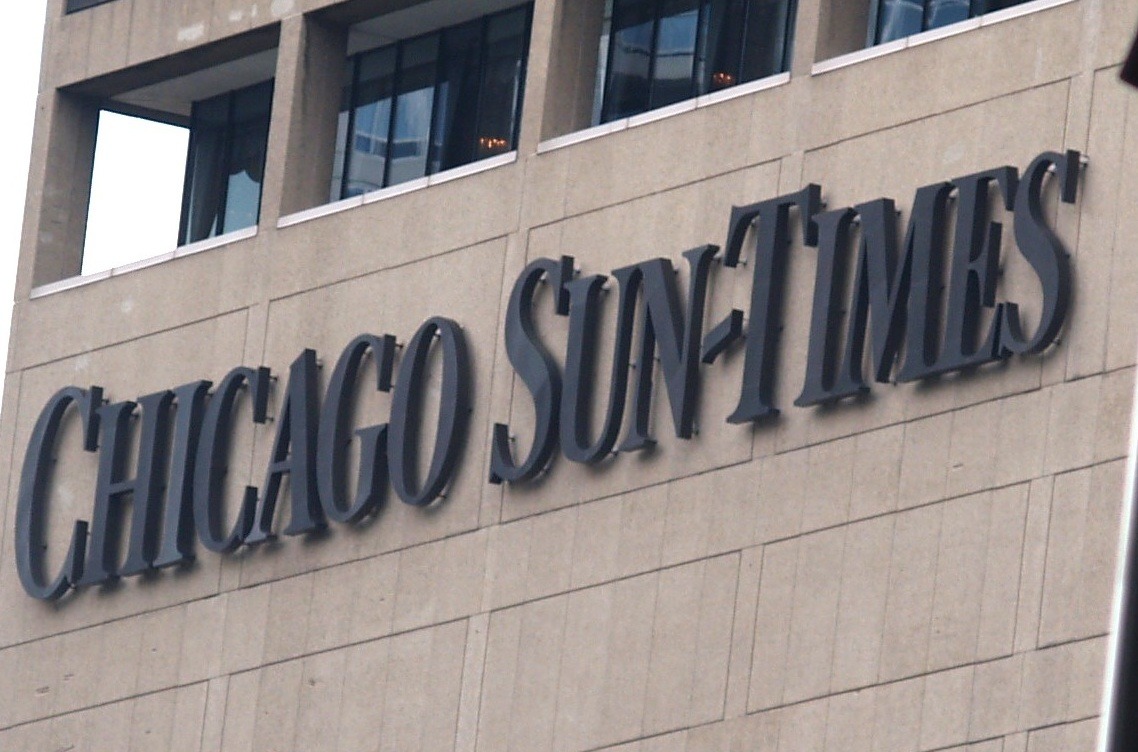 Wait. The Chicago Sun-Times No Longer Has a Photo Staff?

posted by scott on 31st May 2013 in category Uncategorized

The Chicago Sun-Times is the oldest continually published newspaper in Chicago, having launched in 1844 as the Chicago Evening Journal.   It was the first newspaper to publish the rumor (now regarded as false) that a cow owned by Ms. Catherine O’Leary was responsible for starting the great Chicago Fire of 1871.   It is one of our country’s great newspapers, serving as home to countless extraordinary reporters, as well as a great many Pulitzer Prize winning photographers.

The paper issued the following statement:

“The Sun-Times business is changing rapidly and our audiences are consistently seeking more video content with their news. We have made great progress in meeting this demand and are focused on bolstering our reporting capabilities with video and other multimedia elements. The Chicago Sun-Times continues to evolve with our digitally savvy customers, and as a result, we have had to restructure the way we manage multimedia, including photography, across the network.”

The company said it will use freelance photographers and – most surprisingly – utilize reporters to shoot their own photos and video.

Not surprisingly, the National Press Photographers Association responded with near disbelief.

“Outrageous!,” NPPA’s president Mike Borland said  Thursday night to the NPPA’s News Photographer magazine.  “I can’t think of another word to describe laying off all the staff photographers while claiming to be ‘bolstering our reporting capabilities with video and other multimedia elements.’ Where I come from, we’re careful not to step in that kind of stuff. Does anyone really believe that firing a Pulitzer Prize winner will help bolster any visual elements?”

As newspapers everywhere struggle to remain viable businesses, it does seem a bit suspect  for the Sun-Times to explain the firings as part of a strategy to keep up with changing reader demands, rather than a simple – and worrisome – cost cutting measure.  I don’t even know how to speculate on what this might say about the future of photojournalism.

The Billy Goat Tavern, down on Lower Michigan, has always been the best place to get the real skinny from Chicago’s working reporters and photographers.  Maybe I’ll wander over there tonight and have a listen.